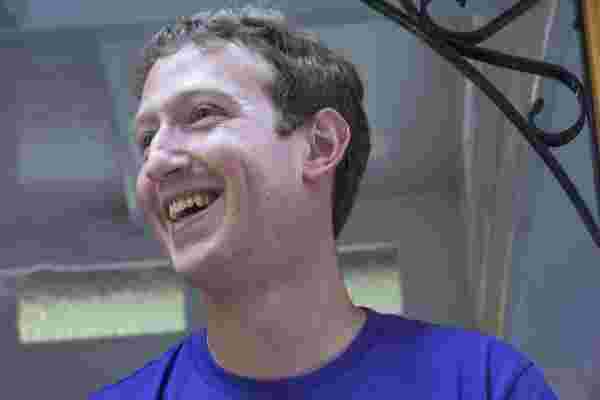 The event, which can be viewed in full here, marked the social network’s first-ever public Q&A. It was inspired by similar internal Q&A events for employees, Zuckerberg said, during which certain inquiries resulted in substantial corporate pivots over the years.

Zuckerberg held court for a little over an hour, discussing everything from the decline of organic reach to the “hurtful” nature of The Social Network film.

Here are five of our favorite takeaways:

1. He thinks fashion is ‘silly and frivolous.’

Having long championed the hoodie, no one’s likely ever accused Zuckerberg of being a fashion plate. But it turns out that there’s a rather telling reason he wears the same grey T-shirt every day -- though they are multiple versions of the same shirt, he assures.

“I really want to clear my life to make it so that I have to make as few decisions as possible about anything except how to best serve this community.” Research has shown that even the smallest decisions can be deeply depleting, Zuckerberg says, and so, like Steve Jobs and president Obama, he has chosen to streamline his wardrobe into a kind of uniform.

2. He’s not an Appletini drinker.

Zuckerberg’s proclivity for the fruity cocktail -- which wasn’t actually trendy during the era of Facebook’s founding -- is just one of the fallacies that The Social Network propagated, he says. Another false premise? That he created Facebook in order to attract women. Zuckerberg said he was dating his now-wife, priscilla Chan, long before the company’s conception.

“The reality is that writing code and building a product and then building a company actually is not a glamorous enough thing to make a movie about,” Zuckerberg explained. “If they were really making a movie, it would have been of me sitting at a computer coding for two hours straight.”

Being the founder of a startup himself, Zuckerberg expressed his “empathy” for fellow entrepreneurs struggling to reach new consumers. But as Facebook has grown, content posted to the site has exploded. Of the 1,500 stories that could theoretically appear on the average Facebook feed every day, most people only have time to consume roughly 100 stories, he says.

Therein lies a conflict: “Are we trying to optimize newsfeeds to give each person the best experience when they’re reading, or are we trying to help businesses reach as many people as possible? In every decision that we make, we optimize for the first,” Zuckerberg said.

4. ‘Why did you force us to install Facebook Messenger?’

While Zuckerberg acknowledged that a separate messaging app was a “big ask,” he felt that the decision would ultimately result in a better user experience. Messaging, he explained, is “one of the few things people do more than social networking” -- and therefore warranted a separate platform.

The decision also speaks to the company’s stated intention to create a fleet of app standalones in coming years. “On mobile, each app can really focus on doing one thing well, we think,” Zuckerberg said. And the decision to impart a site-wide mandate -- rather than an opt-in feature -- illustrates the fact that Facebook builds for a collective community in order to avoid a fragmented user experience.

“My goal was never really to make Facebook cool. I am not a cool person. And I’ve never really tried to be cool,” Zuckerberg said. On the other hand, he has striven to create something that is more “useful” than it is “exciting” -- like electricity, for instance.

And as for concerns that Facebook is being overloaded with photos, Zuckerberg said it is indicative of the ways in which people prefer to communicate today. Five years ago, for instance, the majority of Facebook content comprised text. 58003